Get High Scores. Keep your Summer.

Improve your SAT/ACT test scores in less than 2 weeks with prep courses taught by brilliant instructors from elite institutions.
Choose your session: July 10-14; July 24 - August 4 (online), or August 14-18.
Sign up for Bootcamp
We've helped hundreds of high school students get into the colleges of their dreams. Find our students at Ivy League and top 10 universities.

Raising your scores = Fast-paced and fun

Whether it’s your first test prep class or your final sprint before the exam, these multi-day intensives re-wire your brain for higher scores on test day. Whether you take in-person classes or an online course, our inspiring instructors make prep courses fly by as your confidence surges.

“Zinc invested in my daughter as a person and a student. The instructors quickly understood her personality and learning style and tailored their approach to bring out the best in her. Zinc believed in her and she knew it. Truly remarkable. ”
– Stacey K., Parent of ACT Boot Camp Participant

Our instructors are self-proclaimed nerds who inspire students to develop a love for learning. Zinc's instructors teach cognitive skills that help students in school and beyond. 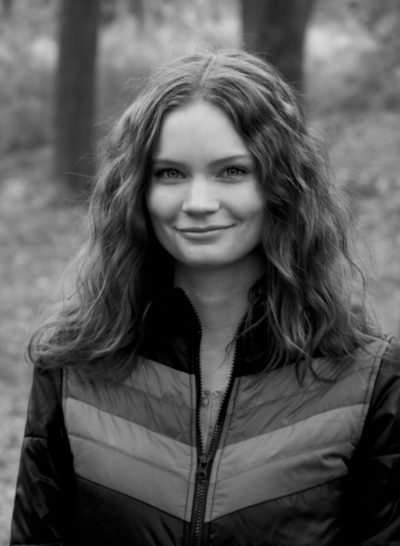 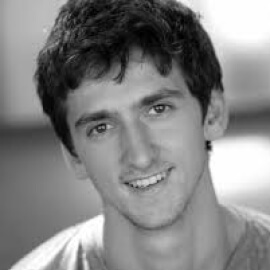 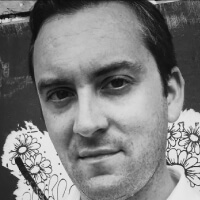 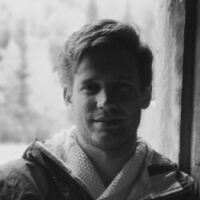 Dan Coogan
Tutor, Iyengar Yoga Teacher
Claire has been tutoring with Zinc since 2010 and is now a mentor to new tutors. She graduated from Brown University with honors in English and creative writing and was named to Phi Beta Kappa as a junior. After teaching English in Thailand for a year, she moved to New York for graduate school. She received her MFA in nonfiction writing from Columbia University, where she taught undergraduate writing courses. Claire has published in both print and online magazines and is currently working on a nonfiction manuscript and a novel. In addition to writing and tutoring, she performs as a harpist and plays the drums.
Destry was born and raised in Portland, Maine. She has a BA from Amherst College and an MA in digital media and narrative nonfiction from the City University of New York. She has experience teaching students of all ages, from kindergarten to college, and previously served as an Education Fellow at the New York Public Library. When she is not tutoring, Destry is pursuing her doctorate in English literature and working as a freelance writer and media producer. She was a Fulbright Scholar and National Geographic Digital Storyteller in Mexico in 2018.
Dan has been tutoring and teaching for over twelve years. Dan attended Duke University, where he majored in neuroscience and won an award for stage acting. Dan also holds an MS degree from Georgetown and is working on his PhD at Columbia University. He started his teaching career at St. Paul’s School in London, where he was surprised to find out that everyone called him “sir.” Dan currently lives in Brooklyn, teaches science at Saint Ann’s School in Brooklyn Heights, and dabbles with improvisational comedy.
Simon received his Ph.D in rhetoric from the University of California, Berkeley in 2014, after graduating summa cum laude from Cornell University with dual degrees in French literature and literary theory. He spends his days working for Columbia University’s Undergraduate Writing Program, where he designed a curriculum to introduce students to advanced critical writing in the humanities by reading fundamental texts in the history of data science and computer programming. He also teaches in Bard College’s Writing and Thinking program, an experimental workshop for incoming students that fosters creative engagement in the liberal arts.
Dan has been tutoring academic subjects and standardized tests for over a decade. Dan attended Bowdoin College, where he majored in philosophy and German and minored in ancient Greek, with a focus on the works of Plato and Nietzsche. After graduating, Dan taught English in Hamburg, Germany before moving to New York City. Dan attended the New York University School of Law and worked as a tax lawyer at Willkie Farr & Gallagher LLP before devoting himself to teaching and tutoring. In addition to tutoring for Zinc, Dan is a faculty member of the Iyengar Yoga Institutes of New York and Brooklyn.

What sets our boot camps apart?

Teaching
Our ACT/SAT prep course instructors know what it takes to get a perfect score. By pairing years of experience in standardized test prep with cutting-edge software backed by cognitive science, Zinc instructors provide students with critical thinking skills that earn higher scores and last long after test day.
SIGN UP 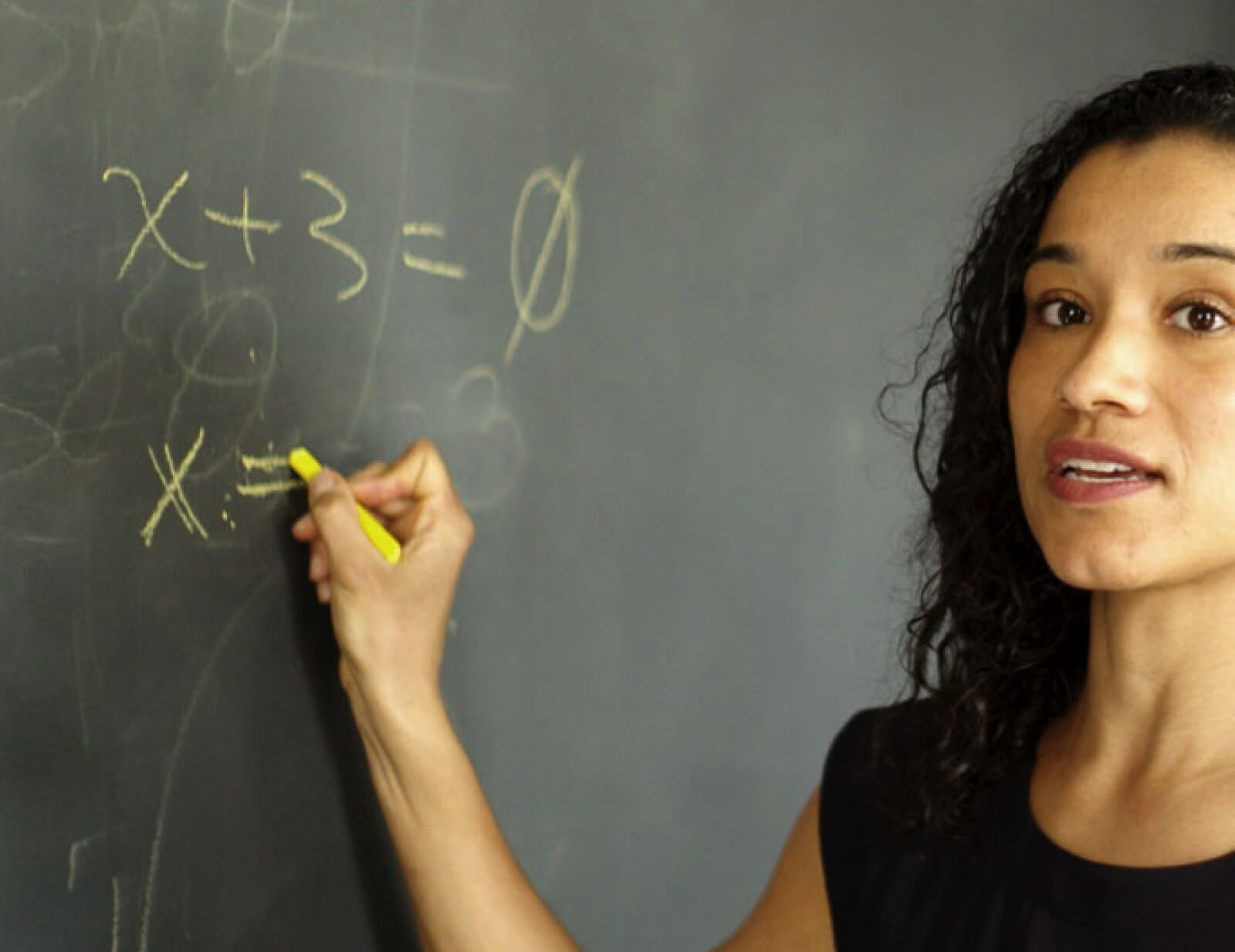 Skills
Our ACT/SAT prep programs prepare high school students for all content areas of standardized tests while also teaching problem-solving skills that help reduce test anxiety. We give students a head start with 2 practice tests that prepare them for the testing experience. Our boot camps provide test strategy and momentum that data analysis shows will lead to higher scores.
SIGN UP 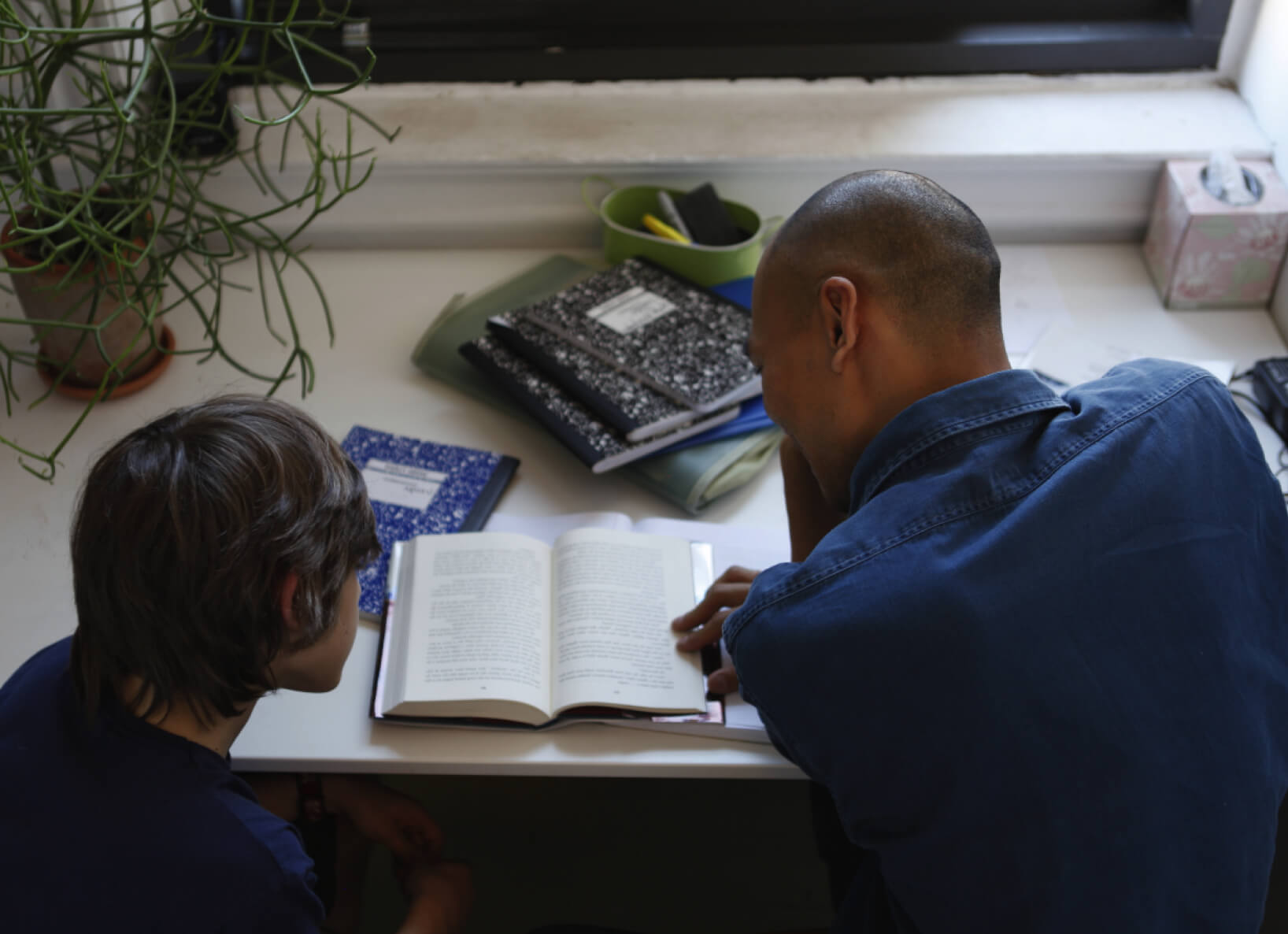 Experience
Our popular prep programs have proven results. We use gamification to engage students in exciting ways that motivate them to raise their scores in verbal, science, and math sections. Our SAT and ACT boot camps have helped hundreds of students gain admission and secure academic scholarships at elite institutions across the globe.
SIGN UP 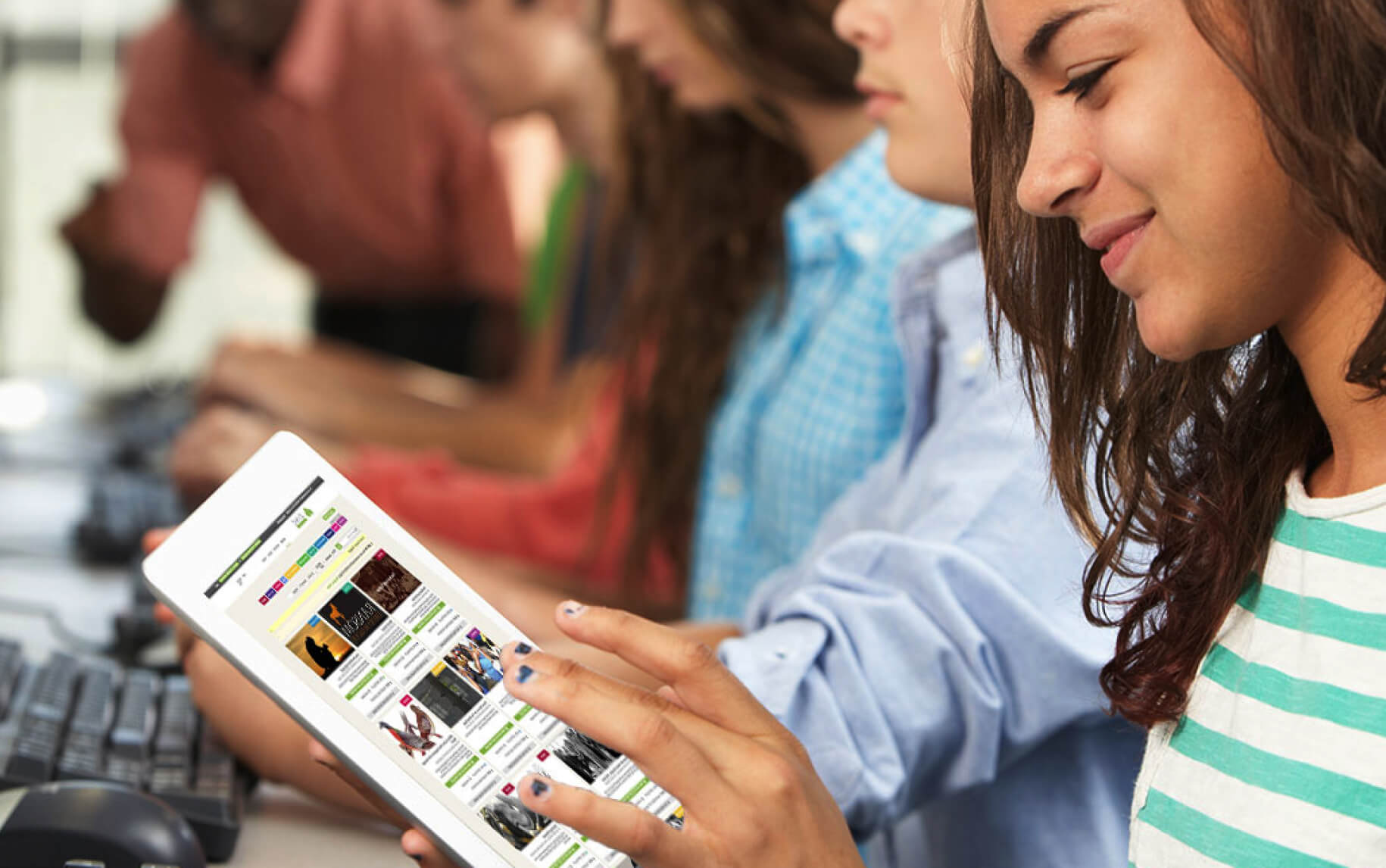 Schedule
Don't trade your entire summer for higher test scores. Our bootcamps are tailored to match how teenagers operate and will prepare them for test day in not much time. College admissions boards look for more than just perfect test scores, so we design our prep classes to teach only on the essential test techniques students need, leaving them time to focus on other areas of their high school career. Summer 2022 Dates: July 11-15 (in-person), July 25-August 5 (online), or August 15-19 (in-person)
SIGN UP 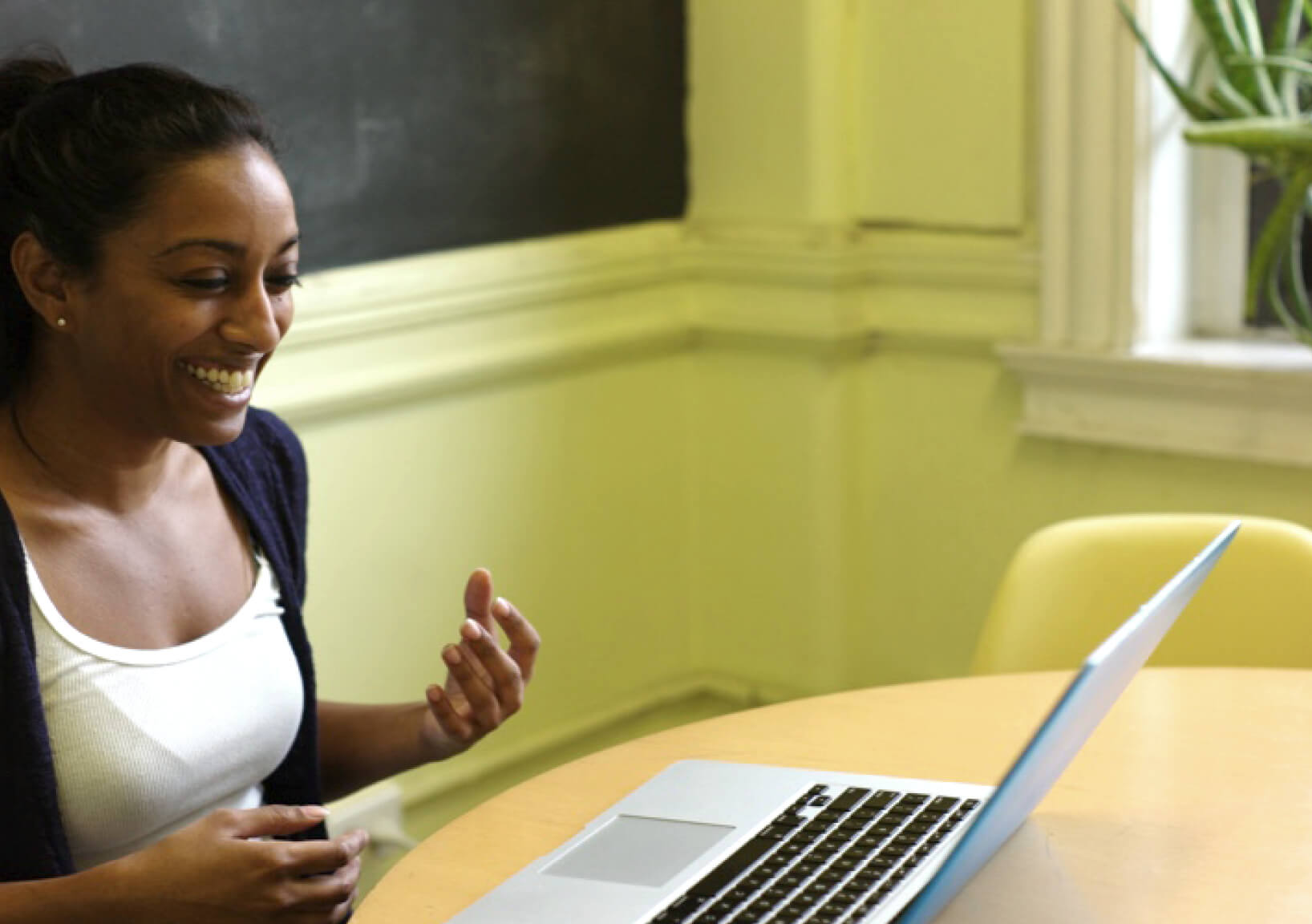 Why students and parents love Zinc 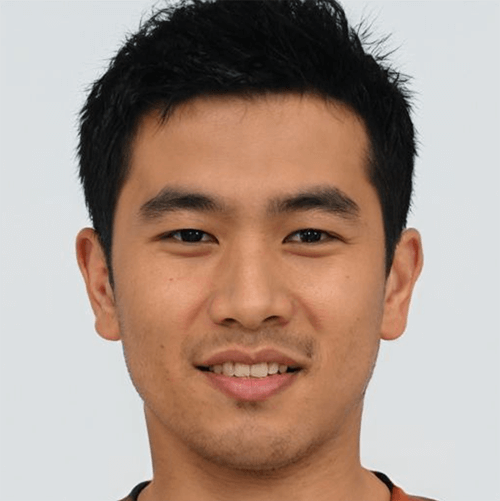 "I was in the Math ACT/SAT boot camp last June and took my final SAT in June: 1550, including 780 in Math! I remembered a few of Dan's tricks (including the "root love move") the day of the SAT test and wanted to send a quick note of thanks! I was pouring over the packets we used in class the day before and now have something to show for the week we spent together! The teaching was involved and really stuck with me."
- Henry H., Harvard Class of 2024 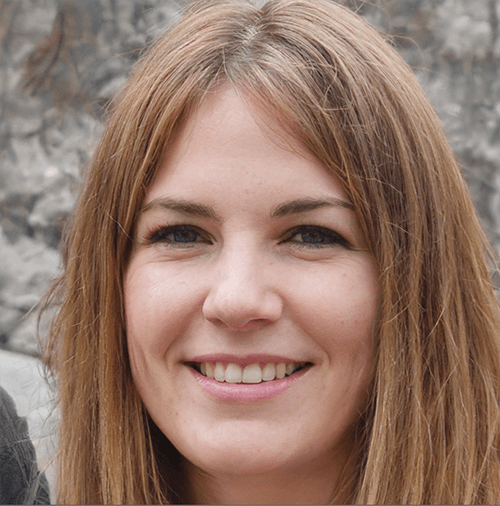 “I just want to thank you for helping Megan so much with the ACTs. Of course we were thrilled with her score and that she raised it so much in a short period of time, but mostly, we are so happy that she didn't give up on this test. As you know, she was having a hard time but whatever you did to help her worked! Her confidence came back, thanks to you!"
- Wendy S., parent of ACT boot camp student 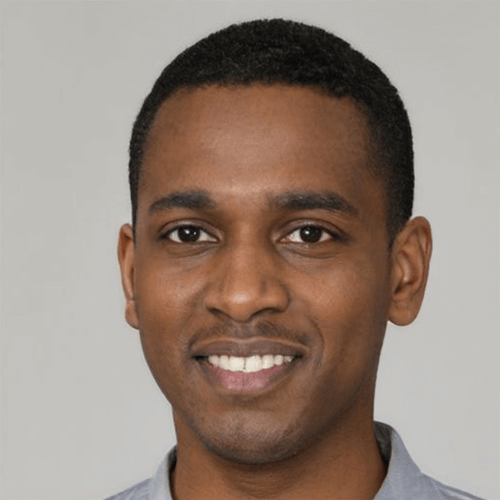 "Zinc brings the intensity of a great football coach to test prep. They always give you honest feedback, which is crucial to improving in this game. Their ACT/SAT prep course teachers are simply the best I’ve ever worked with, in any subject. Their technology makes homework and practice tests a breeze. Working with them made the SAT test process so much easier and brought my score up nearly 200 points."
— James C., Boot Camp Participant 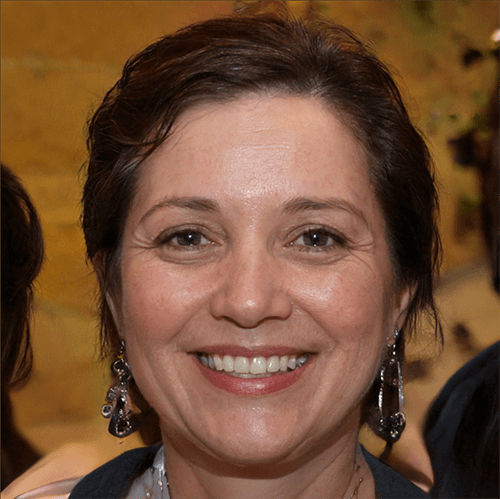 "As Connor’s mother, I am full of unspeakable pride. I feel that, despite the outcome, numbers, and the knock downs, he had an experience with you that he will take with him forever. You were the silver lining in it all for Connor. Sometimes we get the most valuable learning and skills and are forced to grow through the hard stuff...In the end, I thank you for your leadership, mentorship, and gift of efficiency..."
- Jill N., Parent of Boot Camp student 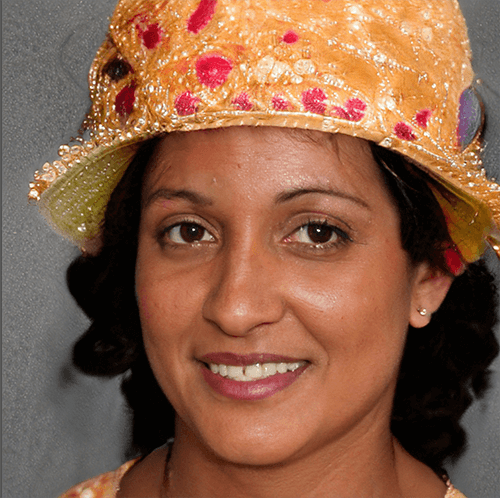 "Alex did so well!! He should be your poster child for that ACT boot camp. English went from 25 to 31 (!!). Math from 26 to 27. Reading from 31 to 35 (!!!). Science from 27 to 30. Composite from 27 to 31!!!! It's really fantastic. He is feeling so much more confident about his ability to crack this test especially as he views math and science as more learnable. Thanks so much for all your help."
- Silvia Campo, Parent of ACT Boot Camp student 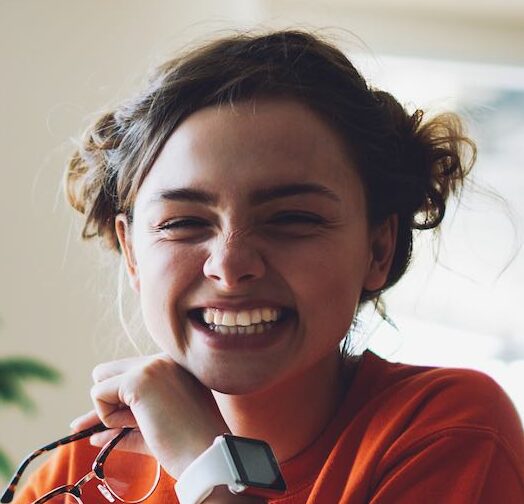 “The June Boot Camp was fantastic and got me acquainted with the ins and outs of the SAT in ways I had never been before. I saw more material in the two weeks of Boot Camp than in all my other preparations. Thank you, Zinc!”
-Violet, Boot Camp Participant 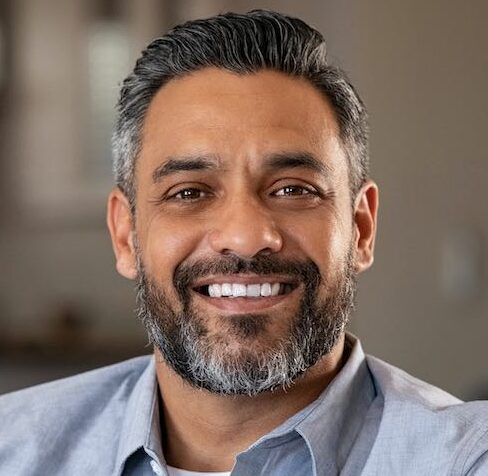 "Our son participated in the SAT boot camp and loved the program. The facility was great, customer service superb, and his teacher OUTSTANDING. Highly recommend."
-Constantine, Parent of Boot Camp Participant
"We give students the critical reading and thinking skills to turn passing interests into passions, developing switched-on learners who excel and make their voices heard."
GET IN TOUCH NOW

We prep you for higher scores

100% of Zinc students experience test score improvements. Check out how our recent students boosted their scores after attending our Boot Camp.

Zinc offers a variety of classes throughout the school year. Our programs target the skills students need for success in school and great scores on the tests. During the summer we offer in-person, full day, one-week programs or online, two-week, half-day SAT/ACT Boot Camp intensives.

Zinc is committed to providing our students with meaningful educational experiences whether in person or online and will continue to align with public health guidance.
Coming Soon: Advanced Math Foundations
Mental Math and the Happiness of Math

Online platform Zoom
Why Algebra?! A Fresh Look at the Basics

Online platform Zoom
Have a question for us?
Summer 2023 Boot Camps
July In-person

NYC
Have a question about test prep, Boot Camps and classes, or tutoring? Ready to create a testing timeline? Email bootcamps@zinc.nyc to set up a complimentary consultation. We’re confident you’ll find an informational chat with us useful.
Sign up for Boot Camp

How often do you offer Bootcamp?
Our ACT/SAT prep bootcamp is offered during the summer with both in-person and online classes. Our camps are designed to help students get a high score on standardized tests required by college admissions boards. Zinc also offers tutoring to high school students throughout the school year.
Do you offer other services besides ACT/SAT prep?
Zinc Educational services offers prep classes and one-on-one tutoring services throughout the school year. Based in New York City, we offer course options and tutoring services designed to guide and empower students to academic success. Additional information about our educational services can be found here.
Who can attend your prep classes?
Our prep programs are designed for 11th or 12th graders preparing for common standardized tests required by college admissions boards. Our summer prep classes prepare students for all content areas of the exams. We also offer specific online classes focused on verbal or math sections.
Does my high school student need supplemental materials to prepare?
We provide packets and materials for our students to complete our prep course, but there are many ACT/SAT textbooks available for students, including free materials available online. One of the College Board’s missions is to reduce test-takers’ reliance on expensive, private test prep by providing high-quality, online preparation for free. Visit our Zinc Guide to College Entrance Exams for a list of free resources.
Is it better for my high school student to take an online course or in-person class?
Students learn in different ways, and virtual prep may be a better option for your student depending on their learning style or their schedule. For other students, going to a classroom with other students and a live instructor will be the best option. Our teaching philosophy and focus areas remain the same across our virtual and in-person ACT/SAT prep bootcamps.
Do you offer refunds if my student can’t attend?
Due to the limited availability of our bootcamp courses and high demand, we can not offer full refunds.
Interested in Math or Verbal Bootcamps? Contact us to learn more.
GET IN TOUCH NOW